It's Throwback Thursday (#TBT) once more and for this week I have a chart and a couple of videos. Leading off with the video showcase is this 1981 gem by REO Speedwagon. It's called "In Your Letter". It is off their Grammy winning album Hi Infidelity and a modest hit on the Billboard Hot 100, peaking at #20.

I think it is a great song, with kind of an early 60s throwback for me. A good rock n roll vibe surrounding what is a "Dear John" type of letter. Watching the video (posted above), check out the ancient IBM Selectric typewriter. You'd think the lady typing the letter was doing it on a computer... but no, it's a typewriter and the screen is a TV showing the video. Simple but good enough for this song. Enjoy.

The weekly top 10 votes are submitted to the Classic Top 30 website for inclusion into his weekly tabulation of oldies. 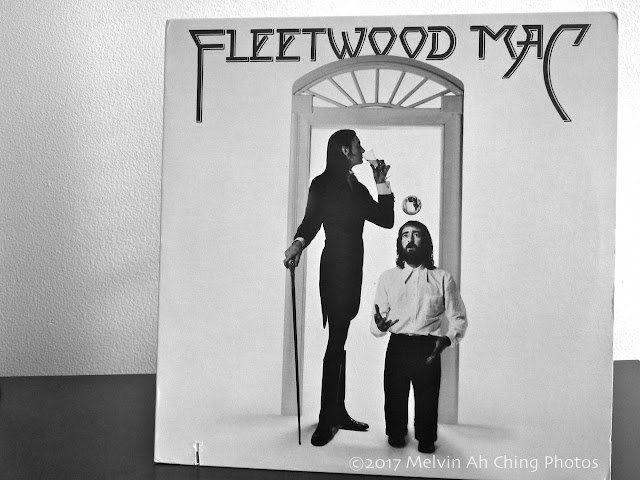 Today's Vinyl Spin goes back to the very successful Fleetwood Mac line-up of Stevie Nicks, Lindsey Buckinghman, John McVie, Christine McVie and Mick Fleetwood. Fleetwood Mac is the first album to feature the then new line-up of the group.

Fleetwood Mac enjoyed moderate success as a blues band and a mainstream rock group with numerous membership changes. In 1974 after former lead singer and guitarist Bob Welch left the group, the duo of Buckingham-Nicks were recruited to take his place. The two new members proved to be the best thing that happened to Fleetwood Mac in terms of a new music direction and commercial success.

The band paved its way to becoming a major concert draw with Stevie, Lindsey and Christine showcasing various songs while McVie and Fleetwood provided a solid foundation. It is one of the few bands that I personally saw in concert not once, but twice.

Their debut album Fleetwood Mac with the new line-up slowly crawled to the #1 position on the charts by 1976 while its singles garnered more and more radio airplay. These included "Over My Head", "Rhiannon," "Say You Love Me," and "Blue Letter". "Landslide" also became a hit after Fleetwood Mac recorded it again for their 1997 live album, The Dance.

I was first introduced to this album by an old college friend back in the day. I always knew of Fleetwood Mac but never paid much attention to them. I had only one track of theirs in my record collection which was "Stop Messin' Around" that appeared on a compilation LP. I later liked the song "Hypnotized" after hearing it on the radio. Was not enough for me to buy their records at the time (I was a starving high school student when this stuff first came out)....

Over the years I have owned 2 vinyl copies of Fleetwood Mac as well as 2 CDs of this. Made at least two cassette tapes off the vinyl and later the CD for portability before the digital age.

Fleetwood Mac is definitely one of my favorite albums of all time by them. It's an enjoyable, refreshing listen whenever I give it a spin. 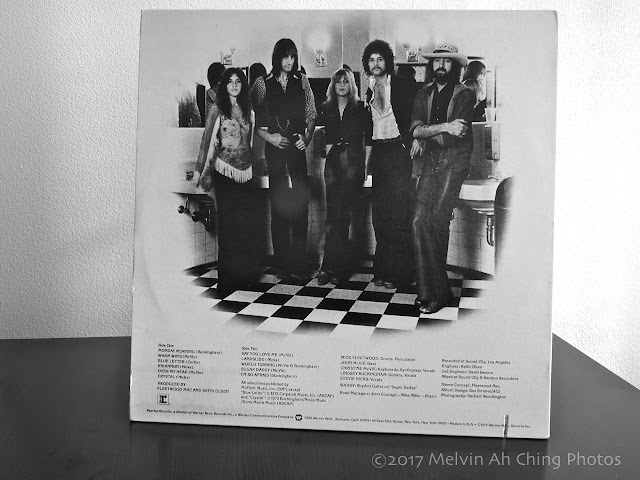 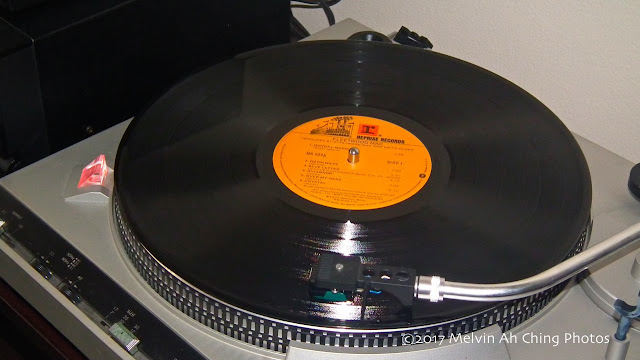 Fleetwood Mac would be the last of their albums to show up on the Reprise label. 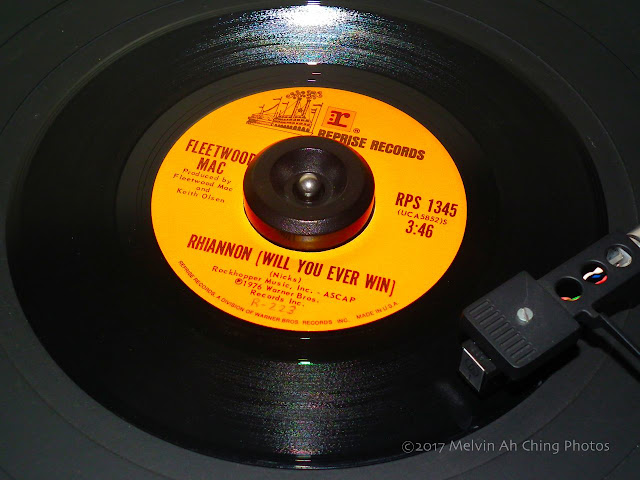 "Rhiannon" was one of 4 singles released from the album. All 4 singles have different mixes from the versions on the album. When Fleetwood Mac was issued in a special edition CD in 2004, the single tracks were included as bonus material. Nice move on Warner / Reprise's part.

Used for tabulation of the Classic Top 30 chart.
Posted by Mel at 12:05 PM No comments:

Top 10 Albums That Made an Impact:
Arthur Lyman "Yellow Bird"

DAY #1: Your Top 10 Favorite Albums that had a big impact on you. This is the first of a series of posts that were originally made after being challenged to create such a meme on Facebook by a friend in 2018. This is the updated rewrite of the series with a link back to the original post.

I have compiled Top 10 lists of various records over the years, but on this series, the focus will be on those records that "had a big impact on you".

If you like instrumental music with a tropical flair, Yellow Bird is the album to get. Throughout, Arthur Lyman and his band treat listeners to an array of tropical flavored arrangements utilizing xylophone, marimbas and other percussion instruments plus bird calls for added flavor.

My favorite tracks are "Havah Nagilah", "Bamboo Tamboo", "Adventures in Paradise" (which was the theme music for some 1960s era TV show), and of course "Yellow Bird" which was a top ten hit in 1961 reaching the #4 on the Billboard Hot 100 chart.

The original vinyl LP we had in our family over the years was played so many times that it badly wore out to the point that it was no longer playable. Years later while browsing Amazon, I purchased the CD reissue on Rykodisc. I think the CD is now out of print, though some of the songs have appeared on compilation albums over the years.

One thing I would like to get is a vinyl copy as released to HiFi Records in good to mint condition. It would be cool to listen to this on vinyl again.

Mel's Top 10 Oldies of the Week

On the Classic Top 30 website, it's owner asks people to send in their weekly votes for the oldies of the week. I've participated off and on at this ongoing site for several years. The following are this week's best oldies:

You can send your weekly votes to Chris, the site's publisher at the following email address: plannine@htdconnect.com.

Check this page out every week to see what my favorite current single tracks are for the week. This is a resumption of the old Weekly Top 20 that was a posted to this blog. Hopefully we can continue in the tradition.